Stop and think about what it would mean to a business, an industry, or an economy as a whole to leave behind 25% to 30% of its addressable market? That is a huge percentage of a market to leave out - especially for products and services that need to reach everyone. On the flip side, it is also a massive opportunity, particularly for an economy at scale.

This is the discrimination that is happening to the unbanked and underbanked in America today. The FDIC’s 2019 report on the un and underbanked puts their total at 25% of our national population. Our team at Pay Theory went further, drilling down into subsets of the economy where we see that number rise materially.

This financial issue is prevalent across all groups of people. More broadly, cash remains an important method of payment.

In recent years, the un and underbanked have paid $140Bn in unnecessary financial services costs as a result of predatory financial services and improper banking options. (Nerdwallet.com, 2021). Here are some of the key contributing fees and factors to this astronomical number. 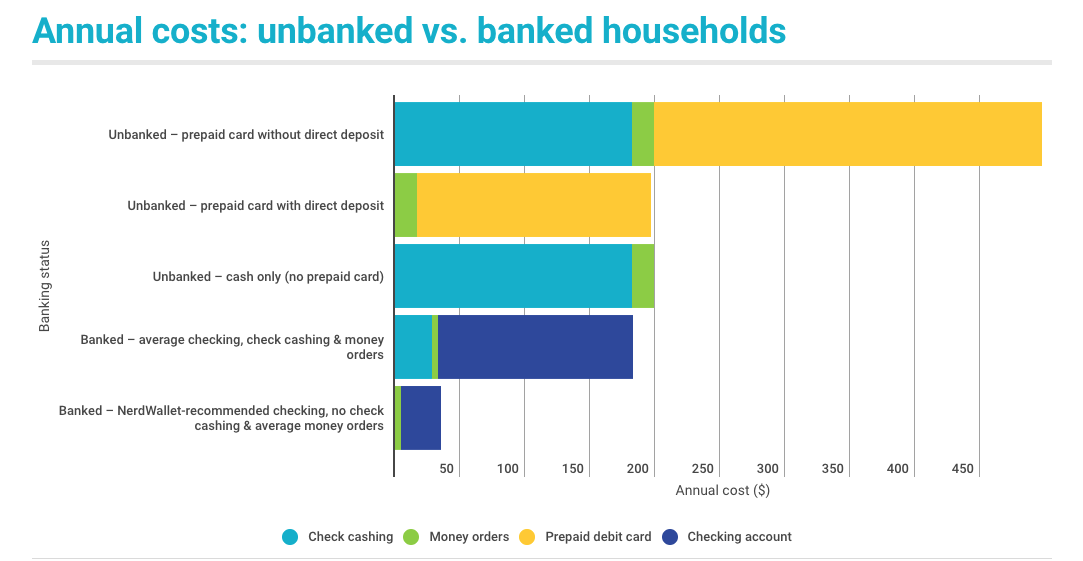 Credit risk can have a trickle-down effect into other areas of people’s lives, harming their ability to take out auto loans, get credit cards and even start a business. Without a credit history, small business owners have a harder time getting lines of credit.

FINANCIAL GOALS OF THE UN AND UNDERBANKED

Cash-based, un and underbanked families have specific financial goals they are working to reach.

THERE ARE OTHER IMPORTANT IMPLICATIONS

Most of us might not think about it, but being un or underbanked has implications on everyday life that isolate this group and prevent access to things most of us take for granted:

There is value for ALL of us in working to include the un and underbanked, especially getting and keeping them connected to services that have a disproportionately positive impact on individual life outcomes. Fintech innovation and public policy can come together here to ensure cash-based families maintain the same access to these vital services as the rest of America.

Helping cash-based families is a massive challenge to our profit-at-all-costs, retail driven, Big-Bank- focused financial services industry. However, it is clear to us that by developing and delivering financial services that include these financially disadvantaged families, we create a better future for all of us. Fintech can and should lead the way here.

Pay Theory is advancing inclusive payments innovations like Remote Cash Acceptance - a method of payment that allows payors to use cash to complete an online purchase. In addition to this, there are others that have taken up the cause to help us close this access gap.

The Cost of Being Unbanked: Hundreds of Dollars a Year, Always One Step Behind - by Tony Armstrong for Nerdwallet.

5 Resources All School Treasurers Should Know →